Breas Medical have been producing ventilators to treat patients with COVID-19 symptoms. The Nippy 4 and Nippy 4+ are two of their models that are being implemented in hospitals nationwide, so they needed a video to show health workers how to operate them.

Aimed at Nurses and Doctors on the front line, the tutorial video needed to have concise, clear instructions that the viewer could follow, as well as clear pictures of the machine itself and its various parts. Now normally, this is the sort of video that we tackle as a team and make in our busy Green Screen Studio, but as the project started under COVID-19 lockdown restrictions, we had to kick our ‘Created In Isolation’ protocol into gear.

To start with we finalised the script with Breas, via email and the odd Zoom call so that they could be sure all the important information was included and we could be sure that the script was the correct length and worked against a suitable shot list.

Next, two of the ventilators were dropped off to us, so that Tom and his wife Becky (drafted in to help Tom with filming as they have been living in lockdown together) could film numerous shots of the ventilators to visually represent various points in the script, in our Green Screen Studio. The video was designed to show how healthcare professionals could work the settings, charge the battery, select the right modes and operate the system when treating patients, so it was imperative that the shots Tom captured contained lots of detail showing Becky using the machine, pressing the right buttons and demonstrating the settings options.

The entire video was filmed against a white background so that there were limited distractions and gave a clean, crisp look. We also utilised a turntable to show the machines from all angles.

Following the shoot, we edited all of the footage together at home, starting the video off with onscreen graphics of Breas’s logo, the names of the ventilators and a brief introduction to the subject matter. We also interlaced parts of pre-recorded footage about Breas’s EveryWare software, with onscreen graphics for this too.

The finished video was sent back to Breas ready for sign off online, and then finalised in the correct format for Breas’s intended use on their website.

Our ‘Created In Isolation’ service has been implemented so that we can still deliver videos such as these whilst abiding by the guidelines for safe working. If you need a video but aren’t sure how to work out the logistics in these tricky times, then we can help. 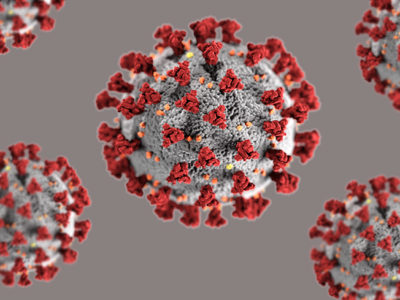 Next Post (n) No need to put your marketing on hold during the Coronavirus Pandemic...