We have recently completed a video for Evonic Fires, who are one of the leading suppliers of fireplaces in the UK. Their revolutionary ‘smart fire’ system Halo (you may have heard of it) is a real game changer, so it needs a video that explains what it is and how it works.

To do this we had to of course incorporate lots of footage of their beautiful fireplaces, but also to suitably explain the usability of the system itself, so we came up with the concept of a home interior shot of one of Evonic’s roaring fires with someone controlling it via their smartphone on the same screen. This, interspersed with graphical overlays and onscreen instructions, meant that we had to incorporate three of our four key services; promotional video, green screen and animation.

Firstly, filming
To set the scene: a beautiful lounge in a house, plush carpets, comfy sofas and an Evonic fireplace emitting warmth from its softly rippling flames. That was what the finished item needed to look like but in reality we actually filmed footage of three fires all at Evonic’s offices, capturing a range of close ups and wider shots. The wider shots were filmed on an angle so that once the environment was chosen – in this case the beautiful lounge – the footage could be cropped, the fireplace masked, and then placed into position to make it look as though it was in the room.

Green screen
We used our Green Screen studio to film a hand operating the Halo app on a smartphone, shot in time with the fireplace footage to ensure that the actions (changing colour/flame height etc) would happen at the same time. The green background was then edited out (keyed) so that the device and hand model appear to be within the room operating the fire.

Overlays
Once all of these elements were in place, animated graphical overlays were added to highlight the functions of the fireplace.

Animation
When all of the footage was captured and timed perfectly to mirror what was happening on the smartphone and fireplace, we added ‘explainer video’ style animations to help visually explain sections of the set up process. These sections are graphically based rather than using footage from the shoot and were all in-keeping with the brand colours and guidelines set out by Evonic.

So as you can see from the finished video (here: https://www.avi.co.uk/portfolio/evonic-fires/) it has utilised three of our four services: it is a promotional video, with green screen footage and has animations and graphical overlays that not only tell you about Evonic fires, but what they can do and how to operate them. The perfect promo video! 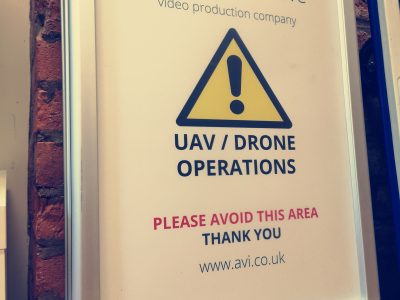 Next Post (n) Choosing a Drone Pilot? Get it right.